A while back I shared some of the conversation that happens in my office, sometimes it’s hilarious, sometimes friendly banter, sometimes argumentative and occasionally if you are sensitive it can be a bit, well..offensive.

I’m not sure if the office girls had all being playing Cards against Humanity over the festive period but the chat recently has seen more than a few controversial topics pop up.

**side note- I laughed so hard the first time I played CAH, then I found myself removing cards that I didn’t like, then removing ones I thought might offend people that were playing. Which kinda goes against the point of the game so now I don’t play anymore.

Here are some random comments that were made by my colleagues on a few of the topics.  This is just for a bit of fun and not intended to cause any offence.

Yup, we had the war on Christmas debate when one of my colleagues was upset when her granddaughter made a card at school that read Happy Holidays instead of Merry Christmas.

‘…but you’re not even religious so why does it offend you?’

‘Well I’m not religious either, does that mean my children shouldn’t get Christmas presents, should we just spend Christmas like every other day not do anything special?’

‘We are a Christian country so people should accept our traditions, belief and way of life!’

‘Let’s be honest it’s more about Santa than Christianity anyway!’

‘I don’t believe it’s atheists or non-christians that are forcing a change, my best friend in school was Indian and Sikh she loved Christmas time as much as me, she still does!’

‘But there are other religions that have celebrations at this time of year too, so happy holidays covers them all’

‘Jesus isn’t real, neither is Santa!’

Next up was ASDA’s new toilet sign hailed by media for bringing awareness to invisible illness/disabilities.

‘I get that they are raising awareness but a disabled toilet is specific to a physical disability like a wheelchair user or someone who needs a carer, no?’

This comment was not received well by a Crohns sufferer in the office, we almost had a boxing gloves moment.

‘It demeans the wheelchair users disability’

‘As long as there’s not a wheelchair user waiting I sometimes use the disabled toilet, when you gotta go, you gotta go!’ 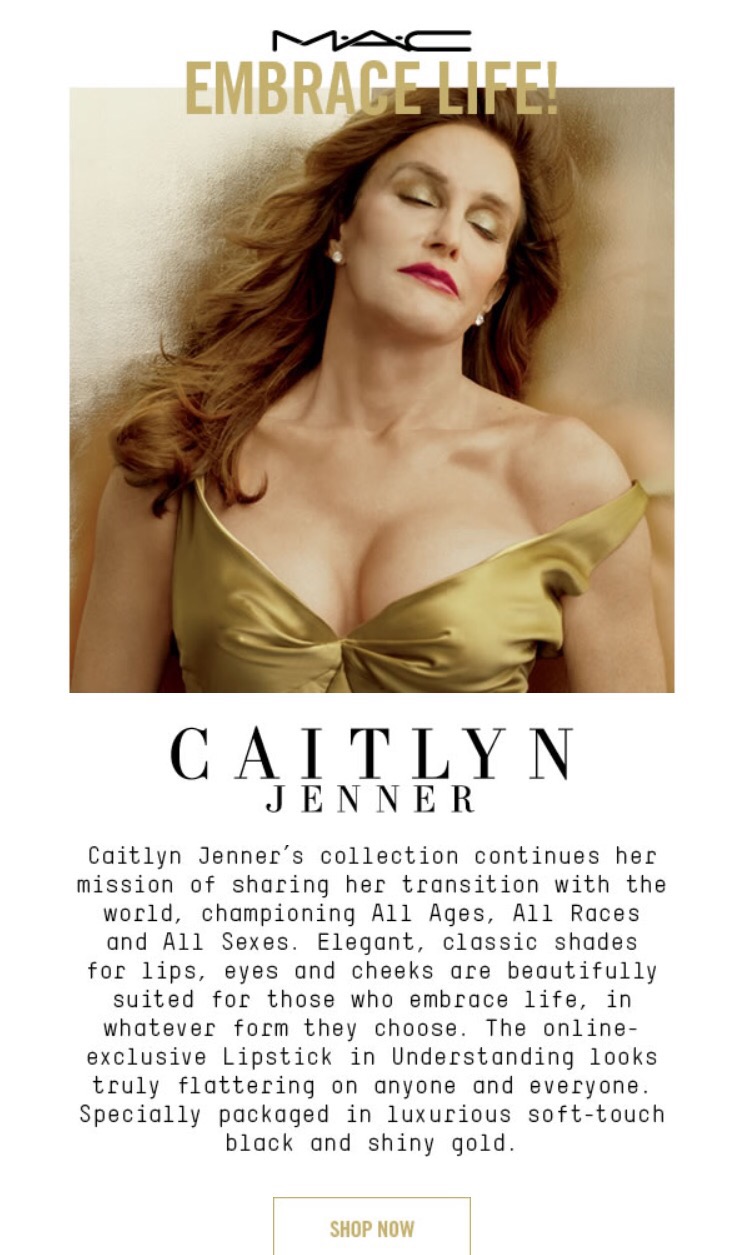 MAC’s newest collaboration became topic of the week in the office, not the collaboration itself but Caitlyn Jenner and her transition.

‘Do you think she really is any happier?’

‘I miss Bruce, he was my favourite in KUWTK’

‘If she is sexually attracted to women is she straight or gay… so confusing?’

I wonder if she misses her penis, I missed my bump after I gave birth!’

‘Boobs, make-up and designer clobber doesn’t make you a woman’

‘Do you think she feels like a different person, like she’s lived two lives, like Bruce is not her, a brother or a guy she used to know?’

‘Do you think it’s because he’s lived with so many women?’  –  this made me laugh so much because my Dad had 5 sisters, then 3 daughters and now has 2 grandaugters. Girls, girls and more girls 😂

‘I say good on her, go Caitlyn’

‘But really, she won woman of the year award and she’s technically not a woman’

So there you have an insight into the conversation that occurs in my office.

Do you ever have discussions about controversial topics at work?

Have you played Cards against Humanity?

Thanks for reading ❤ I hope you haven’t been offended.

Happy Saturday, have a great weekend😊

4 thoughts on “The Office -Ep2 – Office against Humanity ”