Before I begin I want to know how to look like this when I run? Who looks that good? If the answer is you then I’m afraid we can’t be running buddies, okay.

That image couldn’t be further away from my reality …

Oooft, needless to say I won’t be purchasing any official photos. Ha

‘I don’t think running is my thing’, ‘I hate running’, ‘why did I sign up for this’, ‘if I wasn’t doing this for charity I’d still be in bed’, ‘argh, everyone here looks like an athlete..I’m definitely gonna come last!’.  Just a few of my final thoughts on route to Edinburgh for my second ever half marathon.

I was so nervous.  Edinburgh is a much bigger event than Alloa and my training, well you know it wasn’t good, my knee still not 100%,  I felt a little nauseous the whole day before and to top it of the pressure of both doing it for charity and beating my last time was starting to get to me.  Oh and my sister who had signed up AGAIN pulled out AGAIN!

I actually cried.  Logan was the reason I was doing this for charity. 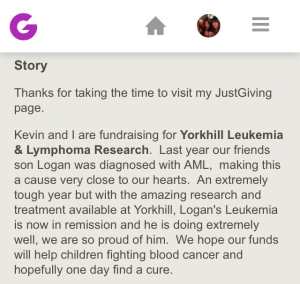 6.00am rise, quickly washed, dressed and fed before heading to Edinburgh.  The weather was pretty dull and the report was showing 90% chance rain before noon. Typical, it had been a gorgeous day the day before.  That’s Great British weather for you! And now we’re in June and it’s STILL raining, what is with that?!?

I’d bought cute shorts to wear and had to make a last minute outfit change. Not cool.

Thankfully the rain stayed away until midday but there were still plenty of puddles for me to drown in from the downpour during the night.

I don’t remember much before we lined up at the start as we we had a mad rush getting our bags handed in, visiting the toilet and finding where we should be for starting.

There were colour coded pens corosponding with our bib colours (I guess they also correspond with estimated finish times) I was blue, Kev was orange, he should have been near the front somewhere but waited with me, I think he could tell I was nervous, but he did let me know he would be ‘going for it’ once we got going. Who said romance is dead?! Ha.

08.00am We crossed the START line and I am pretty sure 30 seconds hadn’t even passed before Kevin was out of sight.  I struggled to get through the pack.  The first 3 miles we were all packed pretty tight before it started to break up a little.  It was a LOT busier than Alloa Half.

I didn’t fall, go me!!  I did see a rainbow coloured unicorn, a 6ft banana, the grinch and a storm trooper.  No, I wasn’t hallucinating they were real, kinda.  Hats off to anyone who can run in fancy dress costumes I struggled with a long sleeve top.  I also identified so many different charity T- shirts.  Awesomeness all round!

The route was pretty flat a couple of hills but nothing very steep.  Miles 5-9(roughly) were right along the seafront so almost completely flat with a relieving sea breeze.  If it had been sunny it would have been a gorgeous backdrop.

Around mile 6 I started to lose momentum, I tried to get through that mental barrier but kept thinking ‘ oh crap I’m not even half way’.  I grabbed a bottle at the 6.5 mile water station and walked for 30 secs or so to try and sort my head out.  Slowing down isn’t ideal that’s when I start to feel the calves burn and it makes it difficult to get going again. But I did. At least my knee was doing well.

Miles 7-9 I was slow but kept going.  We ran through a residential area and the spectators were so encouraging.  We had some handing out jelly beans for a sugar boost, gels and CAKE (i didn’t take any) kids cheering, banners, high fives, there was a guy in his garden playing music for us because everyone needs a bit of  ‘Eye of the Tiger’ to give them a boost. Loved it!

Miles 9-13 were mental torture for me. Basically you ran a straight 2 miles then doubled back on yourself for the last 2.  For two whole miles on my right going in the opposite direction were people on the home straight.  They looked happy, tired but happy. I wanted so bad to be on that home stretch.  Guess who popped up for a high five on my right….Kevin and my brother-in-law Gary, they had 1 mile to go… I had 3!!! Ugh!!

I have to admit though it felt pretty damn good after the turn at mile 11 being on the opposite side seeing everyone on who still had 3 and 4 miles to go. Sorry guys!

12.5 miles I looked at the girl running next to me and we both sighed ‘nearly there’ a sharp left turn and I could see the FINISH.  I don’t know where the energy came from but I was so happy to see the end that I had a sprint finish, which was stupid really because as soon as I stopped I felt the pain in my knee return but I didn’t care. I was done!!

My thoughts crossing the finish line ‘that was awesome’, ‘hallelujah’, ‘where do I get my T-shirt and Medal’ ‘what was my time’, ‘whoah I am BUZZZING’, ‘can’t wait to sign up for next year!’ …..isn’t it funny how quickly you forget the torture?!

My initial goal was was to get a sub 2hr but when my training was on hold for 4 weeks with my dodgy knee I knew I wouldn’t do it.  So I hoped I could manage to NOT fall and maybe still get a PB, which I did.  Only just.

I was pretty disappointed with my time but I suppose it was more with my training failure than with the actual race.

After the race I found the boys….for a pint. Re-hydration fail!! 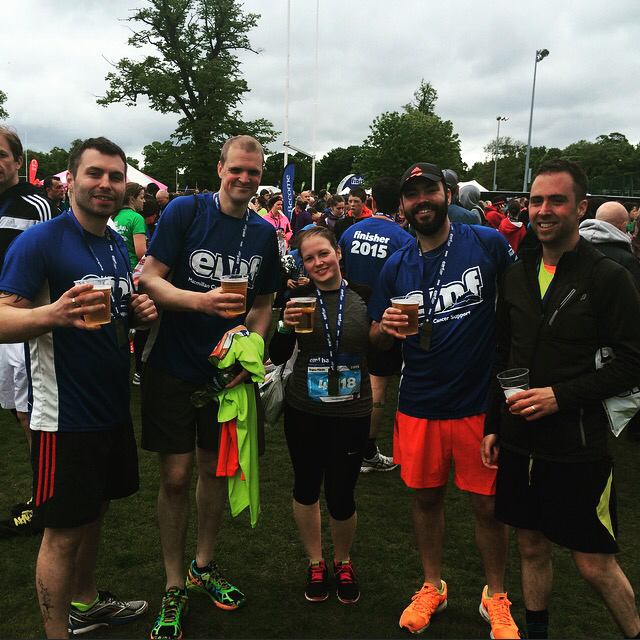 Our friends met up with us with Logan too. They had hoped to see us run but it was so busy they couldn’t get near until we had both finished.  We were welcomed to the charity village with some volunteers for Yorkhill Children’s Charity, who gave us some treats, food and drinks and they had some massage therapists on hand for any runners needing a massage.  I decided against a massage which I later regretted after sitting in the car for an hour to go home. Holy stiffness! 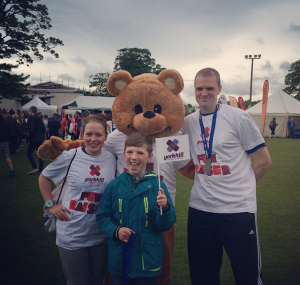 I got home had a carb fest, a lush bath and slept 🙂

Thanks for reading 😀 have a great day💗

7 thoughts on “Edinburgh Half Marathon ”